Anakin Skywalker Lightsaber: The Power of the Force! 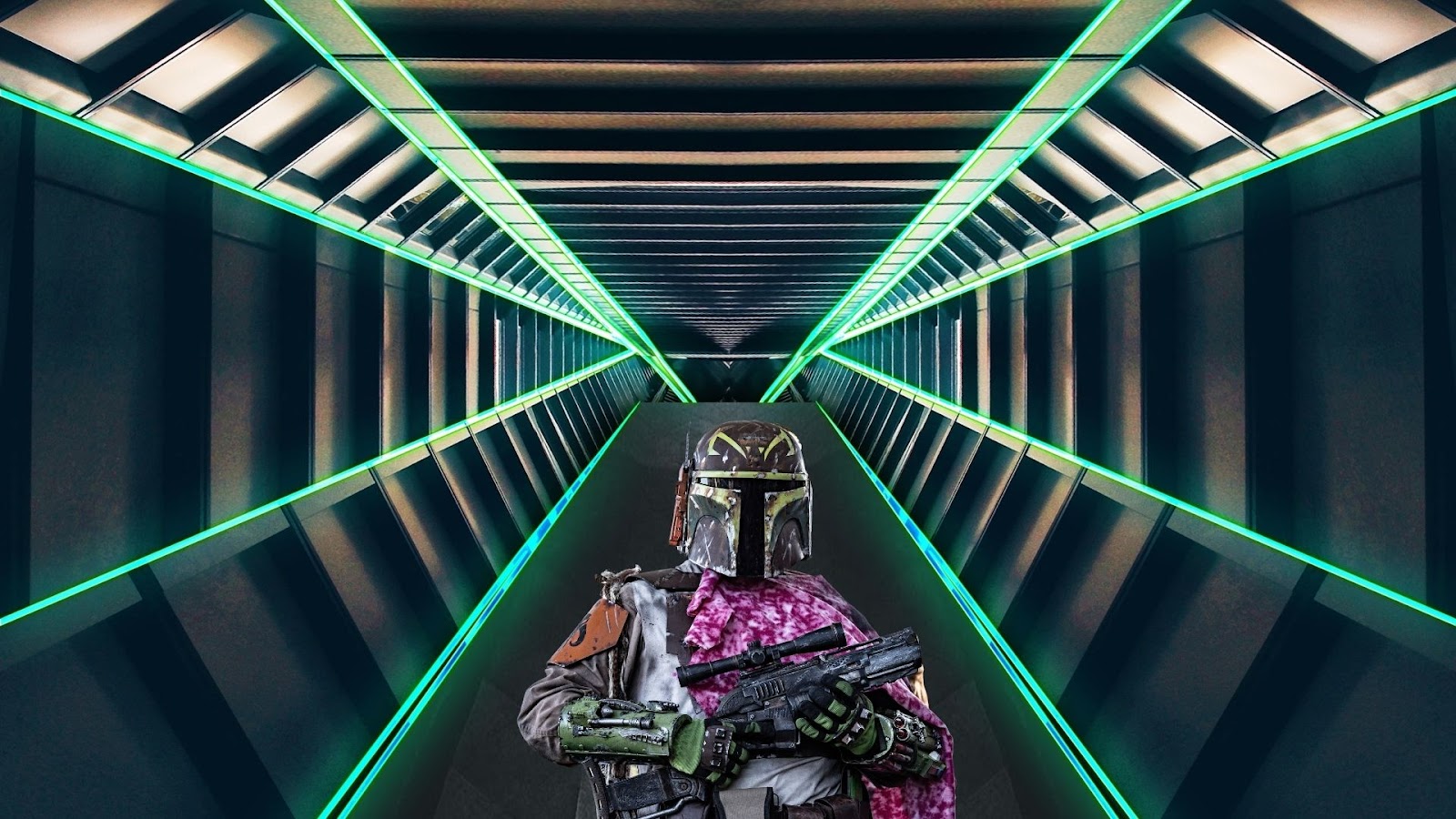 The power of the Force is a mysterious thing. Some say it's an energy field that surrounds and penetrates everything in the universe. Others believe it's a manifestation of the will of the Jedi. And still, others think it's all just a made-up story to help children sleep at night. But one thing is for sure: The power of the Force is real, and it can be harnessed by anyone who believes in it.

What is a Lightsaber?

A lightsaber is a type of sword used by Jedi Knights in Star Wars movies. It is a blade of pure energy that can cut through anything. The Force powers the Lightsaber, and it can be used to deflect blaster bolts, slice through metal, and even take down an opponent in hand-to-hand combat. The Lightsaber of each Jedi is of different colours:

Who are Jedi Knights?

Jedi knights are a type of warriors who use the power of the Force to fight for peace and justice in the galaxy. They often wear robes and use lightsabers as their weapon. Some Jedi knights are Anakin Skywalker, Luke Skywalker, and Rey.

What is the difference between a Jedi and a Sith?

The difference between a Jedi and Sith is that Jedi uses the Force's light side, while Sith uses the dark side of the Force. Jedi is often characterised by their wisdom and compassion, while Sith is known for cruelty and aggression.

Who is Anakin Skywalker?

Anakin Skywalker is a Jedi knight who becomes Darth Vader, the most powerful Sith Lord in the Star Wars universe. He is known for his blue Lightsaber and his love for Padmé Amidala. Anakin was born on the planet Tatooine, and he was trained in the ways of the Force by Obi-Wan Kenobi. Young Anakin Skywalker eventually becomes a powerful Jedi. Still, he is seduced by the dark side of the Force and becomes Darth Vader. Darth Vader was known for his black armour and mask.

What is the Force?

The Force is a mysterious power that flows through the galaxy and enables Jedi knights to use supernatural abilities. The Force can be used for good or evil, and it is often referred to as the "balance of the galaxy." The Force allows lightsabers to cut through anything, and it can be used to shield someone from harm or to read someone's thoughts. The Force is a powerful tool, and it is something that all Jedi knights must learn to control.

The separation of the family's lightsabers was due to the fact that they could feel when the Force was near. Anakin Skywalker's Lightsaber was given to Luke because he sensed that Luke was strong in the Force. Luke initially used Darth Vader's Lightsaber to sense that Luke could become a mighty Sith Lord. The fact that the family separated its lightsabers shows how strong the Force is and how it flows through them. 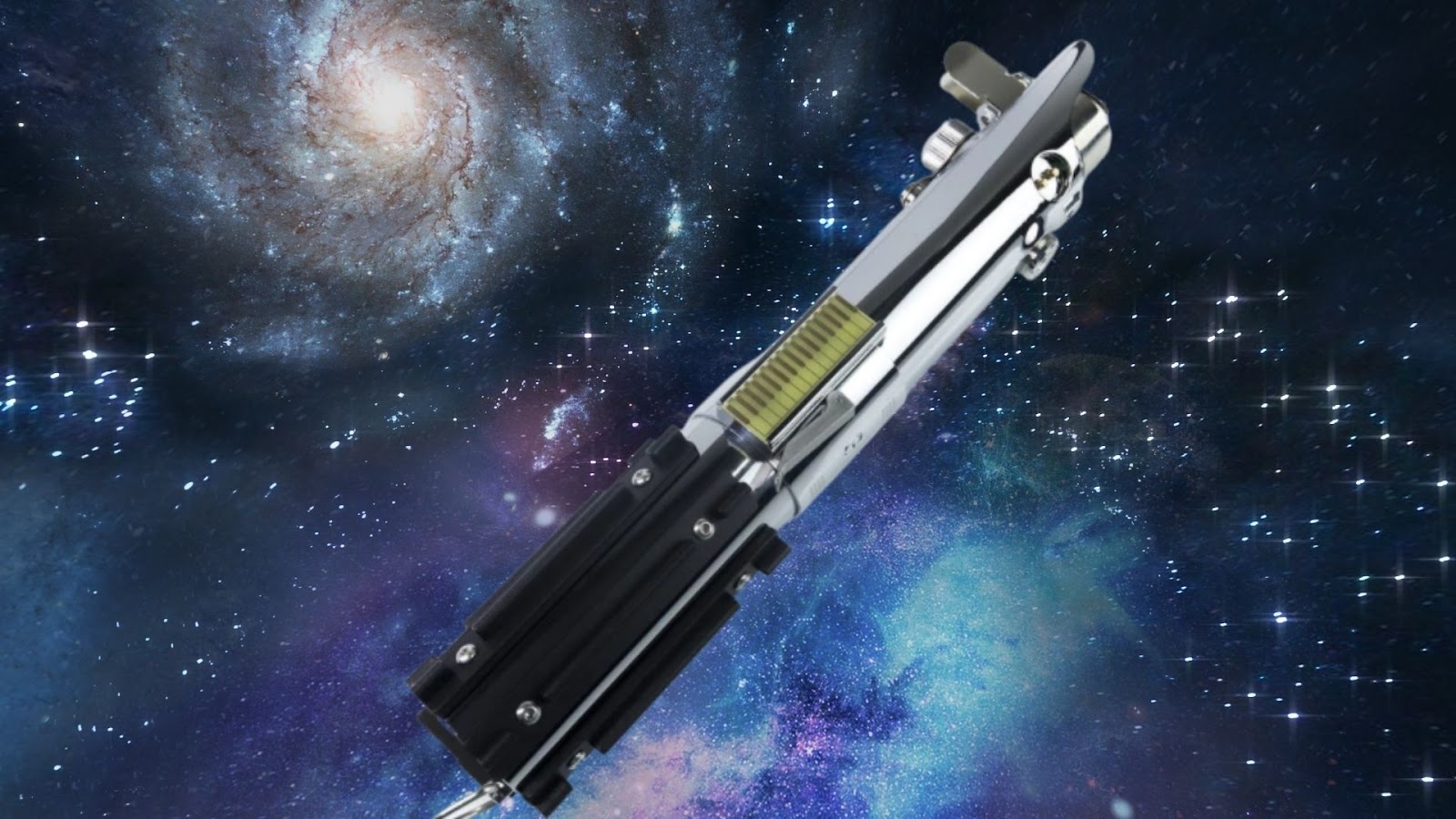 EPISODE 5 - The Empire Strikes Back

With its bright LED RGB Neopixel Strip and xenopixel soundboard, this Lightsaber is sure to light up the dark side of the Force. And if that's not enough, it also comes with a detachable mid-grade PC Neopixel blade, making it perfect for any battle.

Verdict: If you're looking for a great lightsaber to start your collection, look no further than the Star Wars Anakin Skywalker Graflex Lightsaber. This fantastic weapon comes with an impressive range of features, making it perfect for any collector or fan. Plus, the iconic design of Anakin's Graflex Lightsaber is sure to impress anyone who sees it.

So don't wait any longer; order your Star Wars Anakin Skywalker Graflex Lightsaber today and experience the power of the Force today! 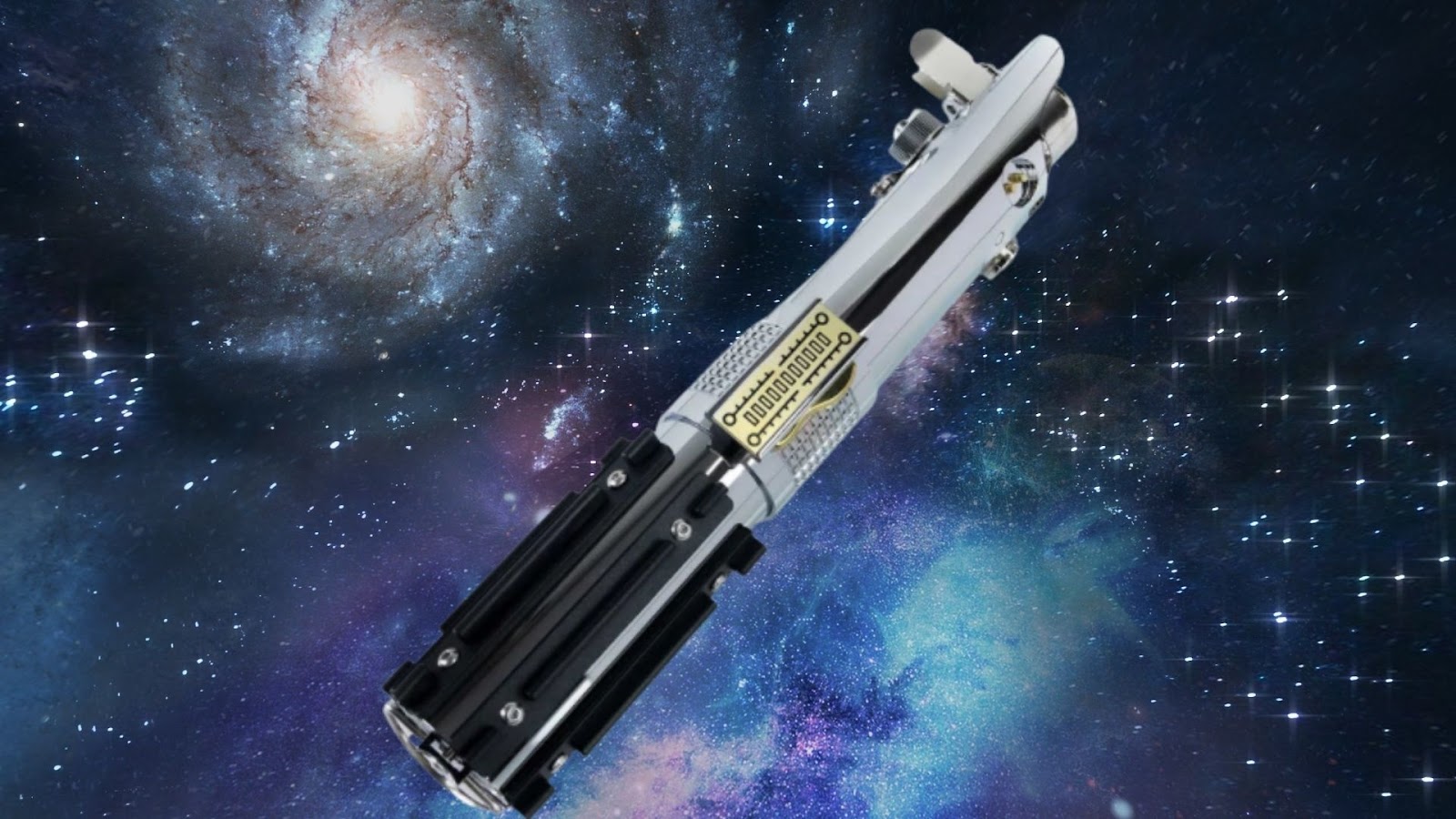 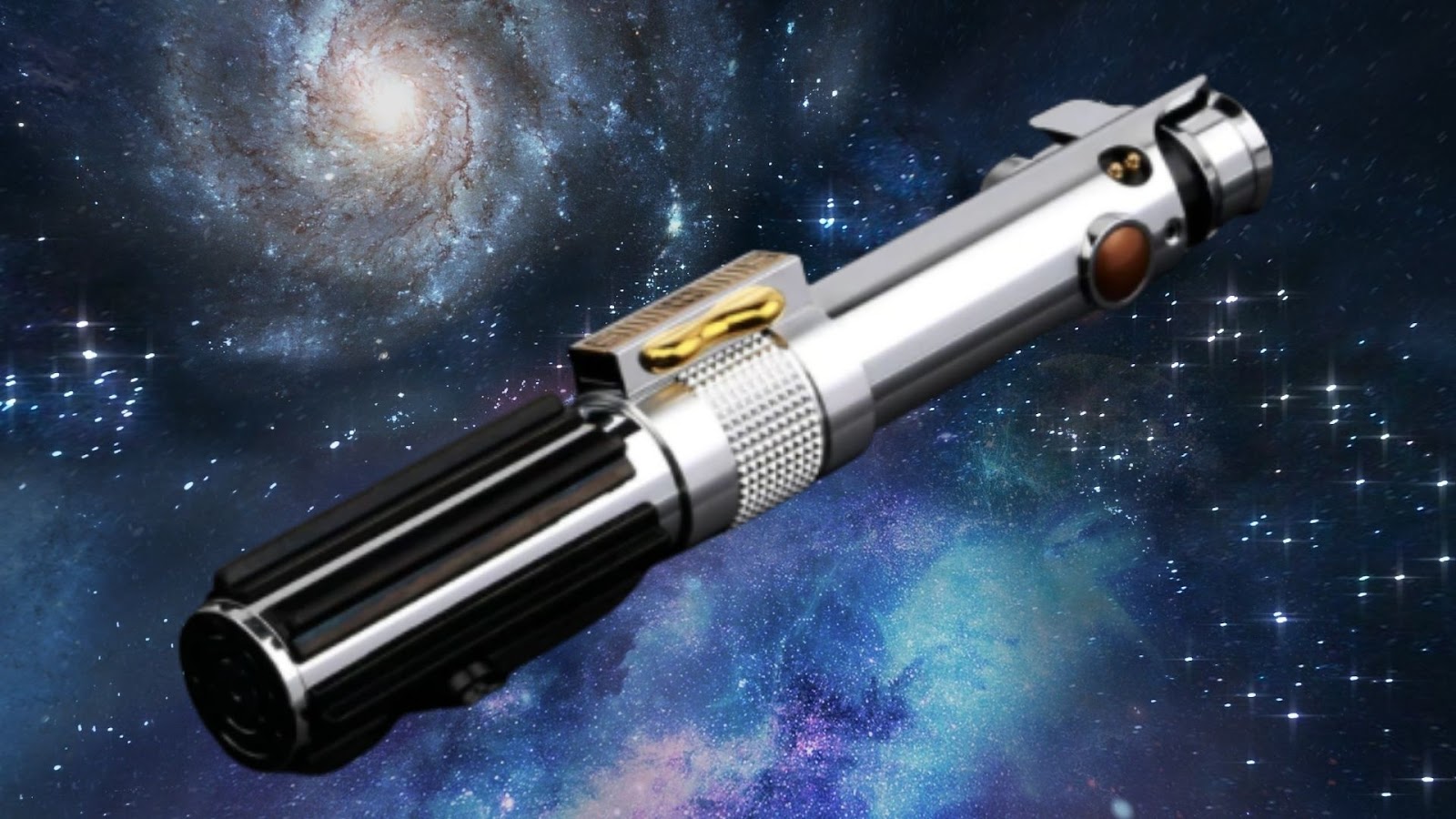 Introducing the Anakin Skywalker Neopixel Lightsaber, the perfect weapon for any Star Wars fan! This unique Lightsaber has 11 interchangeable colours and comes with a 50W LED RGB Neopixel Strip, so you can customise your blade to match your outfit perfectly. It also features brightness efficiency switching, 22 custom sound fonts, and a xenopixel soundboard with a 16GB SD card included. Plus, it has flash on clash and blaster deflection & lock-up features for an even more authentic experience. And if that's not enough, the metal hilt and neopixel blade make this Lightsaber feel like the real thing. So don't wait any longer – order your Anakin Skywalker Neopixel Lightsaber today!

Verdict: Although it's costlier than the above Anakin Lightsaber, it also gives extra sound fonts and a premium feel. You will get total value for your money. 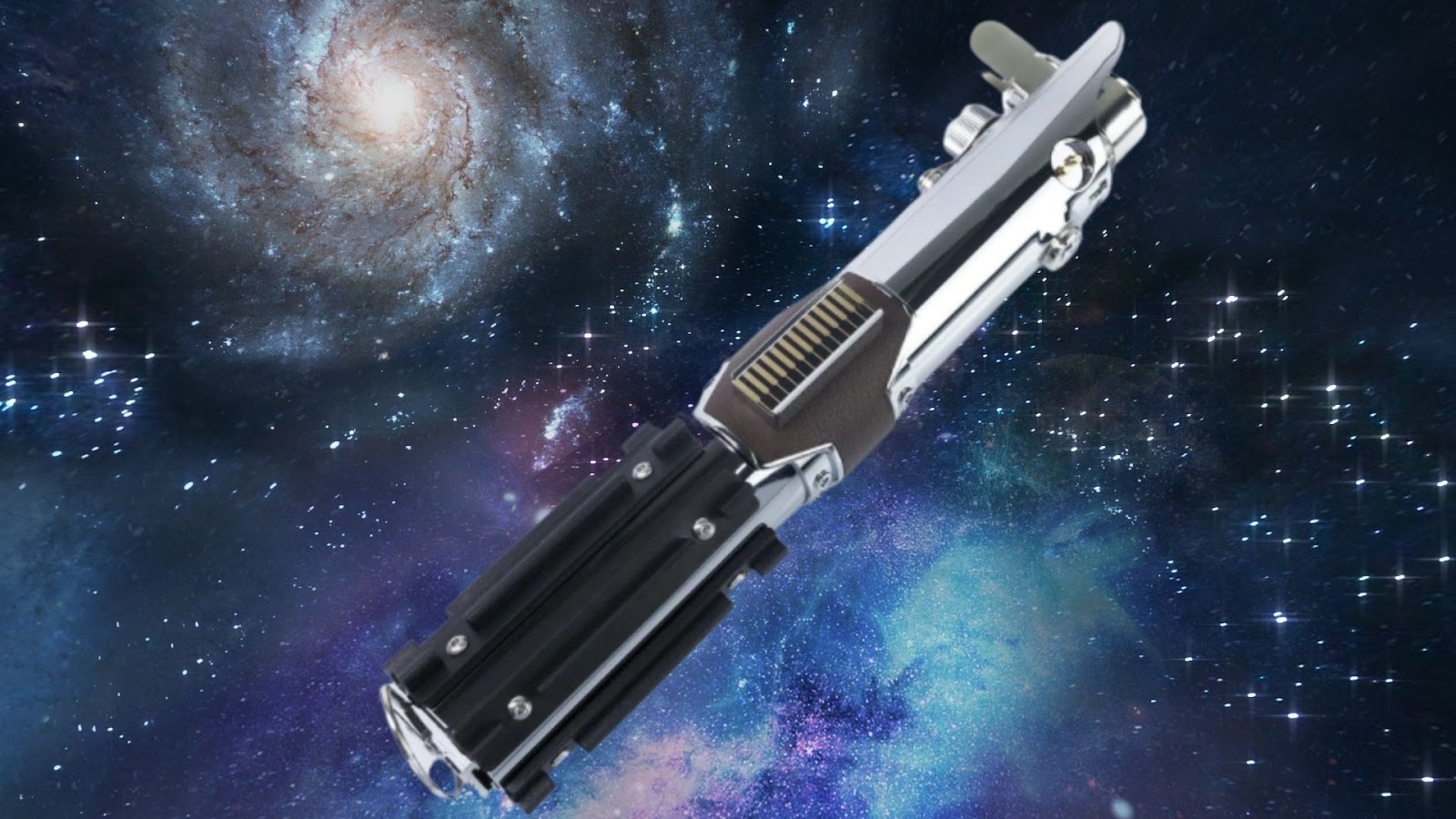 Episode 9 - The Rise Of Skywalker

Rey's Graflex Lightsaber has been reborn as the Proffieboard! This top-of-the-line Lightsaber features 11 interchangeable colours, a speaker that pumps out 2-3 watts of sound, and a 50W LED RGB Neopixel Strip that emits an incredible amount of light. The brightness efficiency switching ensures that you'll be able to see your blade in even the darkest of caves. At the same time, the 20 custom sound fonts will let you create a unique experience for each duel. Plus, with the xenopixel soundboard and 16GB SD card included, you can add any sound font from saberfont.com that catches your eye. Moreover, this Lightsaber also has a flash on clash and blaster deflection!

If you're looking for a top-of-the-line lightsaber that has all the features you could want and doesn't break your bank, then Rey's Graflex Lightsaber Proffieboard is the perfect choice for you.

Why should you buy Anakin Skywalker's Lightsaber?

If you're looking for a powerful lightsaber that will let you dominate your opponents, then any Anakin Skywalker lightsaber is a perfect choice for you. Order yours today!

Can I get Anakin green Lightsaber?

Yes, you can get Anakin green lightsaber. However, the colour might vary depending on which Lightsaber version you choose.

Who are Anakin skywalker Darth Vader?

Anakin Skywalker is the chosen one, and Darth Vader is his Sith alter ego.

What type of battery does Anakin's lightsaber use?

Can I change the colour of Anakin Skywalker's blade?

Yes, you can change the colour of Anakin Skywalker's blade. The Anakin lightsaber comes in 11 interchangeable colours.

How long does the Lightsaber last?

The Lightsaber typically lasts 4-5 hours on a full charge, but it depends on your use.

Can I use the Lightsaber to cut through things?

No, the Lightsaber is not designed to cut through things. It is only meant for duelling.

Can I use the Lightsaber to deflect blaster bolts?

Yes, the Lightsaber can be used to deflect blaster bolts.